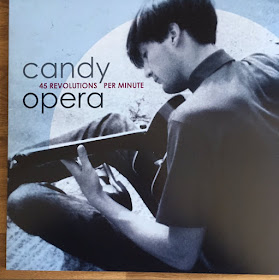 A Victorian propensity to invade less affluent countries coupled with an 'island race' mentality that means over half the population voted to leave Europe and face economic ruin rather than have 'Johnny Foreigner' continue to dictate how bendy our bananas must be, ensures the British remain the most culturally insular of races.

Liverpool, where Candy Opera hail from, is possibly the most insular town within such insularity. Hit hard by successive 'state of emergency' 1970's Labour governments, then ignored by Thatchers subsequent economic strategy of feeding the rich to starve the poor, the largely working Merseyside town suffered as much as any.

However, the Scousers (as the towns inhabitants are affectionately called) always know how to 'Walk On' (sorry lads I know your from the blue side of Stanley Park) and somehow from the mists of such adversity they even managed to become the primary trend setters for the country (with the possible exception of the London metrosexuals and their strange 'face cream' ways) as their own 'scouse specific insularity' was us adopted by the rest of the country. 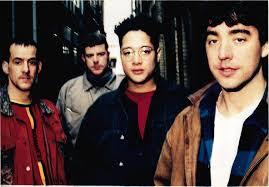 Scousers did not care that their ridiculously long 'boy bob' fringes and pastel coloured Ellesse track suits looked strange or that suede Adidas Gazelle were operationally redundant in a town where the rainfall was only slightly less than the misery of Manchester. They simply did not care. If it was in vogueon the council estates of Liverpool then it really did not matter that it was going take the rest of the country another two years to 'cotton on' and finally retire their sta-prest trousers and fake moleskin mocassins.

Candy Opera and 45 Revolutions Per Minute is a reminder that this trend setting Scouse insularity also extended beyond fashion and into their brilliant local musical scene of the early 80's and beyond, that would have stunned the world with its originality if their insularity had not prevented greater publicity and in some cases a sheer lack of ambition.

Obviously heavily influenced by bands such as The Beatles and a whole host of other Mersey Beat type bands from a melodic perspective and by the The Pale Fountains from a pop and vocals perspective, that saw them embrace similar but significantly more subtle baroque flourishes, Candy Opera were dedicated to creating a brand of smooth, adjusted sophisti-pop, that produced a more raw unfettered version of Prefab Sprout.

The album starts off with a triple track opening salvo that offers a foundation sound to the album by providing the listener with three beautiful fully formed sophisti-pop tracks (lead by the opener, What a way To Travel, seen below) that engulf the listener like a favourite lazy boy chair should. It's a comfortable beginning of shimmering prettiness, reminiscent of Aztec Camera prior to their realisation of their earning power.

However there is simply too much innovation in this band to be content with revolving the tracks around this status quo. As such Candy Opera regularly offer jolts of the unexpected to ensure the listening experienced is never entirely settled. For instance a track such as the brilliant Fever Pitch suddenly adds a chunky post-punk bass line to the introduction and whilst the track remains true to the casual laconic sophisti-pop that is the signature sound of the band, this dominant riff ensures that  tempo uniformity issues that can sometimes blight the genre are essentially avoided.

Similarly the true stand out track, Time,  is the closest that the 'Candies' could ever get to producing a  'stadium filler'. With an almost power-pop opening intro juxtaposed with the mid track usage of a dominant classic rock riff, this track superbly shows how the band could pick at the eras accompanying genres to add innovation to their general sophisti-pop foundation.

At times I have a natural tendency to be overtly contradictory. I so wanted to have a view different to those that are already gushing about the album, especially as I have been afforded the privilege to have an actual pre-release listen to the entire album. Mine was to be the review that added rationale to those that appear to want to marry the album, consummate this marriage and settle down with it to a life of kid filled domestic bliss.

I failed. It is brilliant. It is a genuine testament to the unique sound of Scouse-sophisti-pop in the 80's and yet another quality sound unearthed from the brilliant music archaeologists at the Firestation Records label, who add the wonders of Candy Opera to a roster, that last year alone, saw them dig up lost treasures from the likes of Love Parade, The Apple Moths and The Siddeleys. 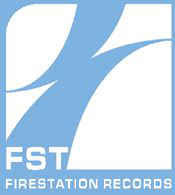