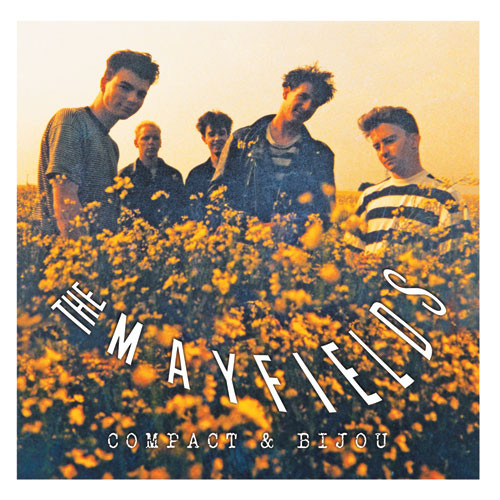 Firestation Records have assumed the mantle of chief musical archaeologists over the years. Not just because of their superb The Sound of Leamington Spa series, which has provided me with some quite wonderful tracks from bands I have never heard of or have been re-acquainted with after seeing them support the latest 'indie sensation' one rainy Tuesday night in some place like Skegness, but also because they have the brilliant ability to find the best of the 'should have been big bands' and make them just that, for an hour or so on their brilliant compilation CD's.


Although Firestation have been prolific for many years now, even by their lofty standards 2018 has to be seen as one of their best yet, with the likes of Candy Opera, The Marteens and Strange Desire all being excavated from their 80/90's musical graves and given the sort of new life that is making listeners fall over themselves to provide gushing critical acclaim. In short Firestation breathe new life into bands that never should have died.. 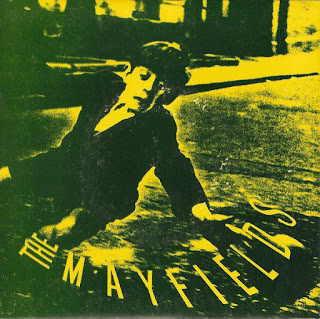 Falling very neatly into this category and more than holding their own with such exalted company (in fact it is my favourite 2018 label release) is The Mayfields, a band that I had previously seen only once in the late 1980's somewhere dingy near Bristol where I had purchased the brilliant 'World of Your Own' EP only to accidentally (drunkenly) put it in my copy of the Miracle Legion's Backyard EP sleeve (oh well it was the same colour). Therefore this album was listened to through relatively new ears which was refreshingly different for me when it comes to 80s / 90s jangle-pop.

My initial and almost immediate impression was the compilation takes the listener on a chronological journey through the many changes that occurred on the jangle-pop landscape in the last 2/3 years of the 1980's.

Initially tracks such as I Don't Pray, All You Ever Say (see below) and World of Your Own have a metallic, urgent jangle intertwined among the sort of pulsating percussion and chunky post-punk style grumbling riffs that bands such as The Dentists and Close Lobsters made so great in the late 80's Medway scene. That said the primary difference is a definitive one, in that the vocals still have that inimitable sense of fey that dictated much of post The Smiths indie-pop aesthetic.

In fact, it is the sense of all things archetypal in the late 80's indie-pop scene that dictates much of the stand out parts of the album. The Mayfields are a prime example that generic can still be perfect if you are the best at it and the intial template is good anyway.

Tracks such as Call My Name and Feels Like Yesterday lead the way shimmer by retaining the same tinny jangle, but adding it to a fluffy light drum work and ultimately a sense of breezy that may well have appealed to labels like Sarah Records or Marsh Marigold if they totally concentrated their stidio work upon it. However they had many sounds. Possibly the most surprising aesthetic to these 'fresh ears' can be seen in tracks such Season's Pass and I Don't Think So which represents the only change in vocal stylistics.

Here voice docoders are added along with a distant production that presents all things Stone Roses and Madchester. For those who enjoy the bass lines of the very late 1980's I Don't Think So is very hard to beat and completely supresses any previous jangle intent.

This is an absolutely superb album both in terms of just a pure listening experience and as an illustration of how Post-Smiths UK jangle turned into that very distinctive more guitar-pop oriented vibe.

In other words a typically exceptional Firestation Records release !

Posted by janglepophub at 17:59