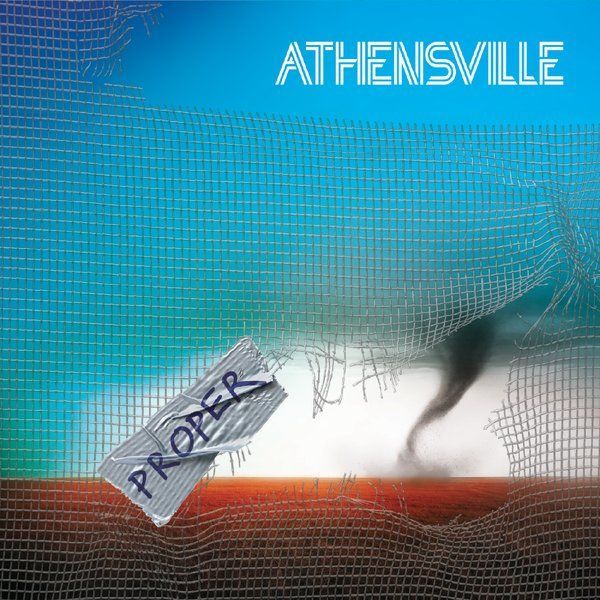 This debut EP from Philadelphia based Athensville, superbly celebrates the period between the mid 80's and very early 90's and effectively catalogues a journey whereby new wave morphed into jangle-pop, before eventually being consumed by all things college rock.

As such the first half of the EP sees tracks such as And We Fell (see below) and Something Real introduce themselves with the sort of dank, dark, windswept atmospherics that smacked of new wave 80's whilst almost surreptitiously infusing the sort of beautifully effusive indie-rock jangle and booming post-punk bass lines that simply scream shoulder pads and big hair. All of which are held together by vocals that indulge the theatrics of Ian McCulloch and the slightly distant 'difference' of David Bowie's anglophile type vocals. It is a strange vocal mix but incredibly beguiling.

However it is in the final two tracks of the EP that Athensville complete their musical journey with a visit to the absolute best that American college rock haD to offer. The superlative Sepuldeva Sunset is the one of the finest post New Adventures in Hi-Fi  R.E.M track that the men from Athens never recorded.

Initially touched upon in A Bucketful to Sift, this track excels by infusing multiple subtle hooky riffs and a chorus the listener will remember after minimal listens. This is the sound of a band not afraid to wear their influences on their sleeves and indeed doing them immense justice. 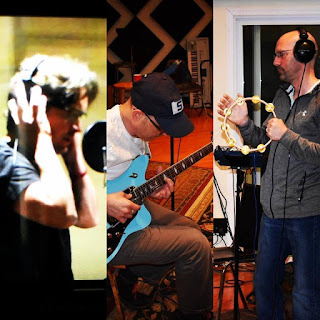 Similarly the final track, Going Not Leaving (see below), presents the listener with the fresher more jangle inspired late 80's college rock of Backyard era Miracle Legion. Unlike the preceding track it relies on the virtuosity of its chorus to heave the track into the realms of similar brilliance, but ultimately the somewhat different route achieves the same goal.

Athensville, might be something of a specialist taste, especially in the new wave 80's atmospherics of the earlier tracks, however for those prepared to persevere with this EP it very soon becomes an essential listen.

Posted by janglepophub at 05:47