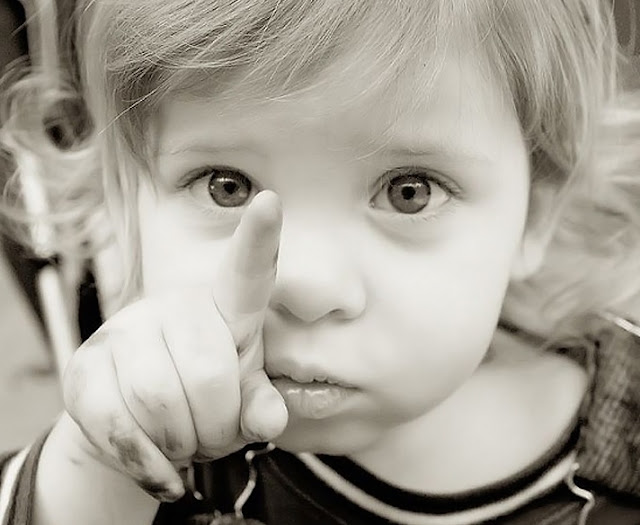 This time around the Fickle Finger has been pointing at a whole plethora of female vocalists. However, after doing a similar 'Ladies Wot Jangle' playlist on YouTube a couple of months ago a couple of my Twitter followers complained that under no circumstances should women be considered a topic.

With this in mind I add the following disclaimer to this playlist:

a)  The Fickle Finger has recently been pointing at female vocalists not in a 'pervy' manner that highlights any particular physical attributes of the aforesaid females. It has just done so because it likes the bands they front.


b) The usage of the word 'front' in point a (above) is not designed to draw any attention to the female chest.


c) The separation of female vocalists from male vocalists in no way conveys any belief by this author that females are in anyway inferior to men. In fact to the contrary my wife, mother, daughter and I suspect, one of my sons, are all female and are among the people I adore the most. I also adored my Dad before he died...but not any more than my mother (phew!).

d) No females were hurt in the making of this play list.

Too aggressive for Sarah Records type indie-pop and not aggressive/quirky enough for Flying Nun and/or Triple J comparisons, Melbourne based The Stroppies, are gloriously owning the gap between the two.

Tracks such as this one from their eponymous debut EP (originally released on cassette by Hobbies Galore before Tough Love Records gave it the full treatment) showcases Stephanie Hughes 'made for the Melbourne vocals' perfectly.

This track from their 2018 self-titled debut reveals Sawyers slightly manic and off key deadpan delivery to be the perfect accompaniment to a sound that marries roughshod insistent punk-pop to the sort of genuinely ingenious jangle-pop moments that typify the present Brooklyn, NY scene.

The Organ received critical denigration when their debut album Grab That Gun (2004) came out, as allegedly they were supposed to be something of a 'post-punk by numbers' band who had no actual affinity or knowledge of the music they were playing.

I was firmly in the 'who cares' camp as this track was and still remains an absolute jangly post-punk classic and allows us see the best of the front-woman Katie Sketch's vocal abilities. It was such a shame that their debut album was their last and band politics caused an implosion soon after. This title track from Aberdeen's 1994 EP, showcases all things that are breathless, breezy and laconic about vocalist Beth Arzy and justifies her status as indie-pop 'royalty' after stints in bands such as The Trembling Blue Stars, The Fireworks and more recently The Luxembourg Signal and Jetstream Pony.

Apart from the fact she is an indie-pop goddess, this blog has also broken stories about her love for strawberry ice-cream, ignorance of Coronation Street and disdain for politics...you heard it here first !!! 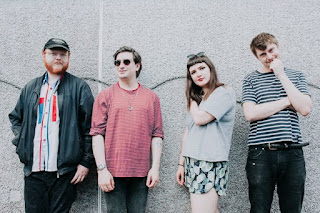 This track, the second post EP single to be released, shows the band at their beautiful dreamy best and allows the Ranchel Anstis vocals to reach repeated layered crescendo's of genuine beauty. Think Portishead with jangle and you will be in the right ball-park.

Sales is basically the project of Orlando based duo, Lauren Morgan on vocals/guitars and Jordan Shih, who programs all sort of percussive noises and slippery string work from behind his laptop.

Whether you are one of these peoples who cares about whether 'real' music is being played or just care about the final sound, there is no denying that Morgan's sweetly, smooth vocals can cajole any listener into her confidence.

This track is the best from their self-released 2014 eponymous EP and one that has frequented my 'ultimate' playlist for nearly half a decade now.

The Fickle Finger is never far away from pointing at anything that Beth Arzy lends her beautiful vocals to and as such a track from her latest band off their recent Self Destruct Reality (Kleine Untergrund Schallplatten) release was always going to get the capricious digit attention...especially when all things Arzy is teamed up with ex- Wedding Present, The Fireworks and The Popguns guitarist, Shaun Charman to produce some glorious fuzz-pop.

This is basically Beth Arzy getting her 'rock' on and I am completely enthralled with the entire EP. This track and indeed the entire album should come with an aural diabetic warning as it is so delightfully 'twee sweet' that only those with the sweetest of teeth can stomach the joint vocals / backing vocals of Jessica Griffin and Debbie Griffin.

No matter how (or if) you like your twee-pop served, you would have to be dead from the waist down not to feel some compunction to move some body part to this track from their The Camera Loves Me debut out of EL Records.

Allo Darlin' started out as the solo project of vocalist and indie-pop legend Elizabeth Morris (Tender Trap, The Darlings etc) who recruited three band members in 2009.

This track was self-released on vinyl as a split single with another legendary indie-pop band Wu Tang Clan and is a tribute to Darren Hayman. Without doubt, over the course of three albums with the Fortuna Pop! label, Morris has shown herself to be one of the most versatile vocalists on the scene. Paltz, NY based duo Diet Cig first garnered widespread attention after their brilliantly deranged live NPR tiny desk performance went viral courtesy of vocalist Alex Luciano climbing all over the furniture and kicking her legs about whilst singing this track from their debut Over Easy EP out of Father/Daughter Records.

Live or studio, it does not matter, Luciano's voice has that quality that puts her firmly in the female Violent Femmes bracket.

After the mania of Diet Cig, Christina Bulbenko of The Armoires brings the genuine beauty back with her brilliant vocal performance on this track from the superb Incidental Lightshow album out of Big Stir Records.

This track is possibly the best example on the album of the way in which the backing vocals of Rex Broome and lead vocals combine to provide that special feeling of total seamless union...An absolute must for those who like their traditional power-pop served with a wholesome side plate of jangle.

After 10 years this band have finally released a follow up to their critically acclaimed 2008 Box It Up EP, with their quite brilliant History of Panic debut full length.

Whilst much has been made of a famous collaborators on the album such as The Posies Jon Auer and Fairport Convention drummer Dave Mattacks, it is the beautiful voice of the lesser known biology teacher Shellye Valauskas that steals the show. Especially on this track. Harriett Wheeler's beautiful voice and The Sundays will probably need no real introduction such is the impact they had on the 90's jangle-pop scene in the UK..

Whilst every other band of the 90s were going the totally guitar dominated route such as The Mighty Lemondrops, The Frank and Walters, The Milltown Brothers etc, just The Sundays and The Railway Children were waving the flag for the jangle-pop being played with fluttering guitars and vocal beauty as muscal nature intended. This track is from ex-The Popguns vocalist Wendy Morgan / Pickles (depending how old you are) latest 'other' band The Perfect English Weather and their brilliant 2016 album Isobar Blues out of the Matinee Recordings label.

This track is somewhat atypical for the album, which is one of laconic beauty. However the vocal tempo and intensity is stepped up on this track to magnificent effect. Usually more inclined towards Beth Arzy indie-pop fluttering vocal stylistics, this version of Laid sees her add a healthy dosage of grit to her vocal mix.

I absolutely adore this version of a truly great track. Fittingly another beautiful voiced jangle-pop chanteuse follows Harriet Wheeler in the form of Amy Linton of San Francisco's The Aislers Set, with this track from their 1998 Terrible Things Happen debut album out of Slumberland Records being among the finest examples of her smooth vocal delivery.

Linton also did a lot of work with Stewart Anderson and a band pre-The Aislers Set called Go Sailor which are also well worth getting hold of. Voice of the Beehive primarily consists of the vocal sharing sisters Tracy Bryn and Melissa Brooke Belland, who teamed up with a couple of ex- Madness members to produce a sort of jangly power-pop that hints at the joy of the B-52's and the jangle-pop of The Bangles.

I saw this band so many times in the 80's and 90's and on every occasion the sheer bouncy fun that this track, from their 1988 Let It Bee album encapsulates always shine through. This is the title track to a much cherished 2004 EP released out of Elefant Records. At the time I vividly remember some bright music journo describing Tracyanne Campbell's vocals and the aesthetic of the band in general, as being 'breezily winsome'.

Since then each album has remained steadfastly breezily winsome. However with  Tracyanne Campbell being the queen of such an aesthetic it never becomes tiresome...just increasingly cool and beautiful.

This track is from their 2016 Jobin EP (out of Art is Hard Records) and sees Esme Hand Halford assume vocal duties to superb effect. Arguably the most technically perfect vocalist among the various Sarah Records bands was Mary Wyver of Even As We Speak. The majority of this 2004 debut (and only) Into the Light Again album (released via Laughing Outlaw Records) is ridiculously beautiful and accentuates Wyver's voice superbly.

However her versatility is fully displayed with her vocals of this buzzsaw track which takes her back to her early Laughing Bush days.

Posted by janglepophub at 08:57