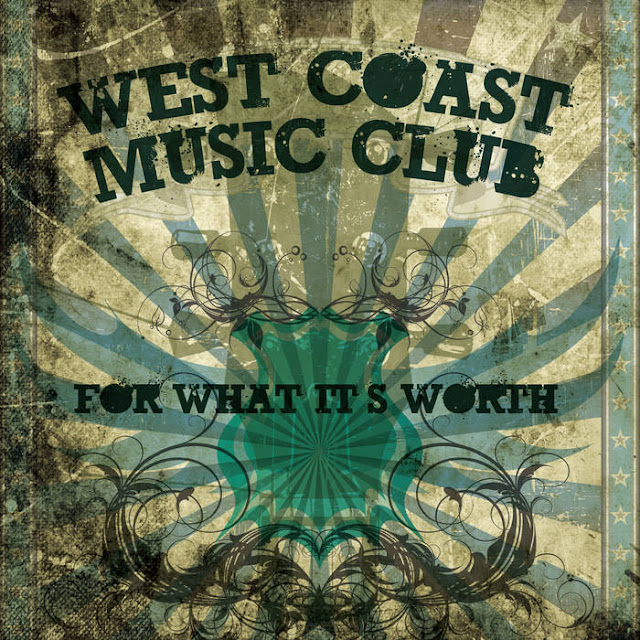 This album acknowledges so many influences that it could be considered as a mere mosaic of mid to late 1980's and early 1990's yesteryear, if it were not for the fact that the meticulous precision with which they present their love for this era is rarely replicated by the modern bands having a stab at jangle-pop from the era. West Coast Music Club just do it that much better ...

There is a definitive quadrangle of influences on this album. Initially the casually caustic thrum and buzz saw hum of bands such as early Buffalo Tom, The Jesus and Mary Chain and especially Dinosaur Jnr is the dominant sound that keeps being returned throughout the entirety of the album, as seen in tracks such Freak Snr, Just Between Us (see below) and the true stand out of the album Indie Darlings. Imagine J.Macsis with a more controlled vocal tempo and Dinosaur Jnr with a tad less reverb and distortion and you just about nail this brilliant sound.


The mid-90's indie-pop sound of the likes of The Wave Pictures and the meatier parts of the Darren Hayman catalogue, also receive homage in a track such as Until Your Mine and the addition of just that little bit of tempo/ muscle sees a track like Can't Say Goodbye reveal itself as a missing track from the Lemonheads Car, Button, Cloth album, with its laconic hint of anxiety.

The 90's Madchester / Baggy vibe also receives some attention in tracks such as the opening She and in Fall, as they deliver their vocals in that slightly contrived, distanced echoed that bands such as The Charlatans, Primal Scream and The Stone Roses sent everyone twisting their melons for nearly 30 years ago.

However the best tracks on the album are when the band let go of 'the cool' and add just that little bit of aggression. Enter a C86 inspired track such as Yeah Sure! (see below) which adds the fibrous jangle-pop of bands such as The Dentists and especially The Brilliant Corners and juxtaposes it with the sort of half spoken vocals of The Blue Aeroplanes. It is a definite dip into the 1980's compared to the 90's inspired offerings that go before, but a similar track like Spangles proves the deviation is worth it.

I am not sure whether the homage to yesteryear's influence is going to appeal to everyone, but it certainly does for me and should for anyone else enthralled by the 80/90s jangle-pop sound.

Posted by janglepophub at 10:34