Interviews: An Interview with The BV's 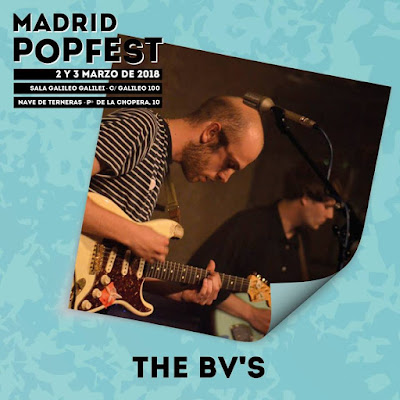 If you have been conducting some sort of social experiment in which you live the life of a hermit and punish yourself  yourself further by freeing your life from the hanging chimes of jangle-pop, you may well have missed the fact that The BV's have done more in the last year (see my previous review here) than many other bands achieve in their lifetime.

JPH managed to get both of them in the same room together prior to their gig with The Monochrome Set amd playing at the Madrid Popfest where we talk about addictions to reverb, Madrid Popfest bribes, a DIY ethos, passionate record labels and hanging onto a sense of reality.

Ladies and Gentlemen I give you Josh Leonard and Fred Konstantin.


Your releases all have a sort of clouded / misted aesthetic to them which is obviously an intentional stylistic choice. Is this symbolic of anything?

Fred: We are addicted to reverb – I think we have the dreamer’s disease.

You signed for the label Kleine Untergrund Schallplatten and count janglepop luminaries such as Pale Lights, Jetstream Pony and The Luxembourg Signal as labelmates. You must have had other labels after your signature, so what is it that attracted you to this Augsburg, Germany label?

Josh: We didn’t try to release on any other labels, and I’m sure no other labels even knew we existed.

Fred: My other band Endlich Blute was the first ever release on KUS, so I sent the songs to Ronny to see if he liked them. Speaking from a Distance was the seventh release - Jetstream Pony, Pale Lights and The Luxembourg Signal all joined the label after we did.

Josh: We really like KUS because Ronny gives us control over how our records sound and look, and he’s so genuinely passionate about the music he releases.

You are appearing at the Madrid Popfest in a few weeks with the likes of BMX Bandits, Terry Vs Tori, St. Christopher, Eggstone and The Tuts. What do you think the organisers see in The BV’s that makes them feel like you belong in such exalted company.

Fred: It’s all thanks to our dude Casio von Doesburg, who probably bribed the organisers to let us play.

Josh: There’s no other way we’d ever have been allowed to.

Tell us about the best and worst gigs you have ever performed?

Josh: We’ve only played seven gigs, and they were all good. I did break strings in Cologne and Hamburg though.

Fred: And once we played without our bassist because he was at a wedding and it was a bit strange.

We’re lending you the famous janglepophub time machine which can transport you to any musical decade and guarantee you musical success - which decade would you choose to be successful in and what would represent success to you both?

Fred: Success for us means being able to continue to make music without people telling us what to do or how to do it.

Josh: If we could do that in any decade, that would be great.

The promo for the vinyl for this EP states that Fred is creating unique handmade artwork for all 200 copies.   Print-u-Cheap on the high street could have done this for you...why go the extra mile?

Fred: It was part of my final project for university. So I wanted to make the most of the opportunity and create something really special for the record. It’s also part of the ethics of us as a band – we try to do as much as possible ourselves (recording, artwork, videos, merch, press, etc.)

How important do you feel physical artifact releases to the music industry in the 2010’s?

Josh: Because you can download most albums for free online (including ours, we checked!) or stream them, I think physical releases are important to bands, especially small/independent bands, as people will pay for them. But at the same time we have to be aware that not everyone can afford to pay for physical copies of records, so it’s important to offer digital editions too.

What are your plans for the next 12 months from a band perspective?

Fred: Release a second album, tour a bit more, try to maintain some sense of reality in an increasingly unreal world by adding lots of reverb to very simple guitar parts.

What were the last three albums you both downloaded or purchased?

Who are your musical influences?

Gentlemen thanks so much for talking to janglepophub and good luck in Madrid and with this release. Is there any parting message from you both for our readership? 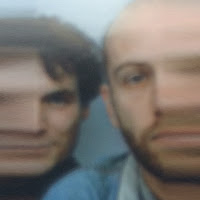 Posted by janglepophub at 11:31