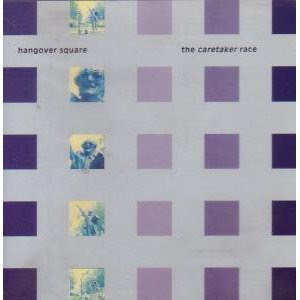 For those of you who follow the #DailyJanglePop series on the JPH Twitter handle, you may well have become increasing bored and/or delighted with the inclusion of numerous tracks by The Loft and Pete Astor's subsequent The Weather Prophets / solo work. All extremely recommended from all at Janglepophub Towers (i.e. me).

A lesser adjunct from the same source (The Loft) were The Caretaker Race who were formed by guitarist Andy Strickland and were only lesser known due to the scarcity of releases (just this one full length album). It certainly was not an issue of quality as this band are quite simply superb and were certainly deserving of the attentions of  producer Stephen Street (of The Smiths, Morrissey, The Darling Buds and The Triffids) who signed them to his The Foundation Label (also the home to Bradford another JPH favourite) who subsequently added his inimitable flourishes from the production desk to this album. 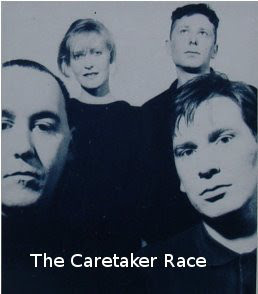 The album has three main stylistics. The initial stylistics sees tracks such as Fire In The Hold, Man over Board, Borrow My Car and the stand out track of Anywhere but Home (see below) take precise aim at The Go-Between's laconic 'indie cool' whilst effectively avoiding parody by virtue Andy Strickland's vocals that hints more at early 1990's angst and anxiety as opposed to the Australian's late 80's lassez faire.

The second stylistic substructure can be seen in the gloriously magnified  janglepop/sophisti-pop crossover tracks such as Two Minutes by Train, I Wish I Said (below) and I've Seen a Thing or Two. These tracks are as much The Railway Children jangle-pop as they are Pale Fountains sophisti-pop and fully emphasize the manner in which Stephen Street is always able to add extra plume to even the most luscious of notes.


I Wish I'd Said That


The final stylistic sees Strickland et al add their own characteristics to the C86 sound that had dominated the corridors of indie chic just a few short years before, but had probably now begun its very extended death throes. Tracks such as Gun Metal and the quite brilliant All Love Offers are probably less bass pronounced than the true C86, however they contain the same slow developing jangle-pop crescendo amid the extra aggression that typified this genre. In my opinion they are the least appealing set of tracks on the album, but would still be among the best of most other albums from the era.

Strickland later went onto become a highly respected music critic and indeed musical journalistic pioneer at Dotmusic.com in the late 1990's and early 2000's...which is kind of ironic because he would have simply loved himself / his band!

Discogs
Posted by janglepophub at 16:07

Email ThisBlogThis!Share to TwitterShare to FacebookShare to Pinterest
Labels: Caretaker Race (The), The Foundation Label (label)