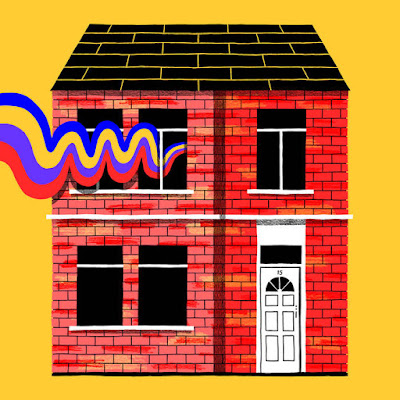 Vestiges are an early twenties three piece based in Wimbledon, South West London, consisting of Marcus Lennartsson, David Placht and Alfie Firmin who burst onto the janglepop scene with their superb debut album, 'Evelyn' in late 2017.

Having reviewed the album very soon after release it was obvious this band made quite an impression among JPH readers who voted two consecutive tracks from the album into their top 20 monthly playlist tracks. 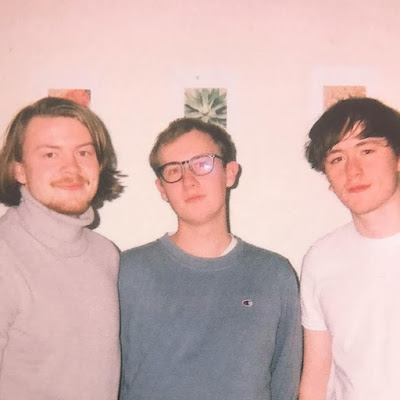 More importantly, I love the album, got a bit fanboy on them and tracked them down to beg for an interview. Fortunately Alfie Firman was happy oblige in a few minutes of me not being able to mind my own business as he talks eclectic influences, David's fighting prowess, the meaning of the word 'demagogue', bedroom based recordings and attentive Camden gig-goers.

Ladies and gentlemen I give you Alfie Firman of The Vestiges !

You have two paragraphs to sell the band. What is the band composition, what style of music do you play and why should we listen to your music?

Hello, my name’s Alfie and I am 1/3rd of Vestiges. We are a band of multi-instrumentalist, songwriters and producers that live and work together in Wimbledon, London. David Placht and Marcus Lennartsson are the other two members of the group and we set out to make guitar based pop music for our own enjoyment and hopefully the enjoyment of others too.

Your band composition has the makings of a good joke…Have you heard the one about the Swede, the Norwegian and The Brit all living in Wimbledon… How did such an unlikely combination get together?

We all moved to London in 2015 to study and met each other through university, originally we would casually meet up once a week to work on songs which then eventually lead to us forming the band and moving in together in 2016.

An early 20’s band, playing such traditional and smooth jangle-pop? Who are your influences?

We’re all big fans of the early 70’s Beach Boys work and Todd Rundgren as well as more modern artists such as Real Estate, Drugdealer and Whitney.  I’m a massive Big Star fan as well and I would say that they had a large influence over my own songwriting on Evelyn however all three of us listen to a variety of different music which tends to naturally surface during our collective songwriting process.

Let us learn a bit about the band?

We’d all have to say David for this one.

David, in order to sustain his strength.

c)  Who can play the most instruments?

Me and Marcus are tied for the most as we’re both able to play drums, bass, guitar, keys and sing.

d) Who writes the songs?

We all contribute to the songwriting in different combinations, sometimes it will be all three of us in a room, other times it will only be two of us and then sometimes a song might be brought to the group fully written and then the rest of us will just help to arrange it.

e)  Who is believes they are the most attractive in the band.

Marcus and David both answered me for this one.

f)  Who considers themselves the leader of the band?

g)  Who is the actual leader of the band and why?

We like to operate as a democracy when it comes to the creative decision making and songwriting so I wouldn’t say I’m the leader, however I do run the band’s online presence and handle bookings etc. Marcus is the true brains behind the operation though.

What are your two favourite tracks from the Evelyn?

Explain the lyrics of the above tracks?

Marcus wrote the lyrics for If You Go so I can’t speak for that song but I’d say that I personally interpret Evelyn as being about frustration with both myself and the wider state of the world, although I like to think that people can extrapolate their own interpretation from it as well.

What is the recording process for Vestiges

We recorded all of the Drums and some Acoustic Guitar/Vocals for the album at a studio in Homerton, London called Soundsavers with Mark Jasper who is a great engineer who we couldn’t recommend enough, the rest of the album was recorded in Marcus’ bedroom in our house (as featured in the artwork for the album.)
What is the song writing process for Vestiges?

We tend to start off on acoustic guitars and then work out more of a fleshed out arrangement as we record the demo for the track.

Janglepophub lends you are our famous time machine. If you could travel back to any musical decade and be successful which era would it be and what would success mean to you?

Marcus has always fancied his chances as a 17th century composer.

What were the last three albums you downloaded or purchased?

You are very good. Why do you not have a label as yet and what do you think constitutes a good label?

Thank you! We approached a few labels however ultimately decided to go with a self release in order to retain our rights to the songs and maintain creative freedom, we’d also been sitting on these songs for a while and didn’t want to have to wait for a long time until we could move on to the next thing.

As a young band from the digital generation do you see any particular need for physical artefact music?

I think the recent Vinyl and Cassette revival is proof of that for sure, but I also think streaming services and digital platform can be a great discovery tool for people.

What are you musical ambitions for 5 years from now?

I think as long as we can still keep making music together and putting out records, whatever the scale I know I’d be satisfied.

What is the most difficult aspect of the music industry for a young band?

I’d say it’d have to be just cutting through the noise of the rest of the internet in order to have people pay attention to you but that applies to any other creative industry out there as well I suppose.

What is the best and worse gig you have ever played? Why were they so good or bad?

I can’t think of what the worst gig would be but the best gig we’ve played so far was at The Lock Tavern in Camden, it was definitely the largest and most attentive crowd we’ve played to and it was a lot of fun!

Posted by janglepophub at 19:09