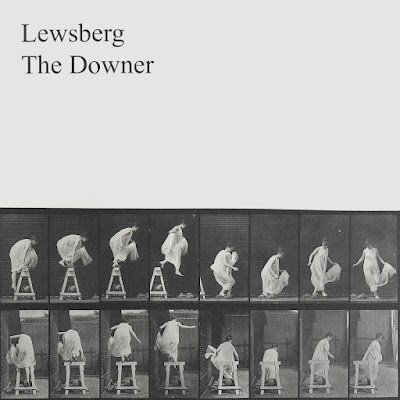 Lewsberg are a band from the commercial Port Town of Rotterdam in the Netheralnds which is rapidly gaining something of a reputation, due to its underground indie music scene, as being the Dutch equivalent of the UK's Sheffield, Manchester or Liverpool...not the country's biggest town but possibly the 'coolest' for all those types that find capital cities so passe.


Despite a limited output they seemed to have caused a little bit of a stir inasmuch that they are in demand on the gig circuit and they seem to be the only self released band that actually sell anything on Bandcamp (!), with a second press of their cassette release already out.

I suppose it is the whole Rotterdam left field chic that appeals to me and indeed, so many others. There is a strange charm to this EP,  born out an imperfection that is either incredibly finely manicured by absolutely superb musicians or it is just the sound that they have stumbled across because of their naturally in the time honoured traditions of some of the worlds most in vogue indie bands. Whatever the source of their unique aesthetic it manages to simply fascinate throughout all the tracks. 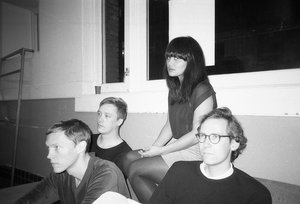 All the tracks are built upon the foundation of strange vocals, that initially compel because of the half spoken-word style being delivered in a Dutch accent. When the Dutch speak English they have a natural vocal intonation that means they naturally sound cheerful. As such we get the dichotomy of the nasty little stories of tracks such as The Downer and the superb Vicars Cross Pt.1 (oh please tell me there is a part 2 somewhere in their demos or the not so deep recesses of their minds) being addressed by a Dutch sounding Mark Everett (E from the Eels) on uppers...it is fantastically different and ultimately completely beguiling.

But its not the vocals that really count here. It is the sonics of the guitar work. The opening track Chances, initially jangles away with their signature cultured imperfections, before entering into a mid track phase where excessive feedback is released from what sounds like a very old set of amps. Strangely enough they even manage to get this sounding tuneful and rather than it merely being filler for a track where an artist has somehow run out of words for the allotted time, it actually adds to overall context of the album.

Similarly, the albums finest track, the inimitable Vicars Cross Pt.1 (see above), juxtaposes an impaired jangled dominant ear worm riff which is precisely coupled with a chunky bass line from 1980's post-punk world, as the front man deals tells the almost poignant / comedic story of vicar divorcing his one-armed wife. It so damn cool, this old reviewer find it almost embarrassing to enjoy it so much ! Oh well...

Only one thing wrong with this...not enough. Hopefully this will be addressed soon!?

Posted by janglepophub at 14:46