I first came across Seattle band The Regrets when a friend sent me a link to their cover of The Smiths 'These Things Take Time'. Although it has nothing to do with the reviewed EP, brilliance supersedes article protocol and it is posted anyway (see below). 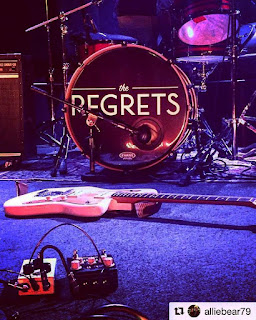 Strangely enough 'The Smiths reason' why I checked this  EP culminated in a false, but ultimately meritorious dawn, as The Regrets utilize numerous non-Smiths styles from in and around the fringes of jangle-pop, rooting them to the vocal ambidexterity of front man Joel Azose and to 1960's melodic pop sensibilities, before encasing them in with the extra allure of very subtle fuzz.

As such the EP adroitly promulgates several different jangle-pop nuances in its short tenure. Initially those that like the more traditional clean cut jangle purveyed by recent favourites such as Skytone, The Jangle Band, The Legal Matters et al, will the brilliance of a track like Make it Right (see below).

However is not in the subtle shifts on the traditional that they truly excel. This is when they add their own flirtations to various other jangle schematics, as reflected in the Horsebeach style echo of What Can I Say and the Albert Hammond Jnr style riffage of the true standout, Always, And Never Again (see below).

Perhaps the churlish among us would point to the old adage that they are somewhat guilty of benefiting from a 'if you throw enough mud at a wall some of it has to stick' approach to explain an EP that is truly eclectic in style. However when all the mud sticks like it does here, only a fantastic EP is left (and of course a very dirty wall).

After contacting front man Joel Azose via social media to enquire about new releases, he informs that three tracks are already down and that a sophomore effort should be with us shortly...I personally hope they chuck even more mud this time ! 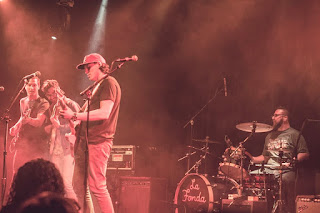