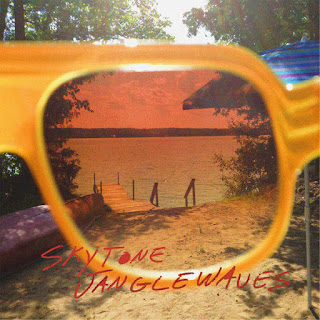 In a previous mid 2000's incarnation I received an album to review from the management of a pop-rock band from somewhere in deepest poshest southern England. Despite my eventually unpublished denigrating review (so much for review integrity, I never worked for that magazine again!) The Feeling went on to release five albums between 2006 and the present day.

My disdain probably stemmed from the fact that they were so different from the Postcard influenced indie rock bands dominating the era. Not for The Feeling the crisp twanging guitar influence of Josef K or The Fire Engines. No, there influences were all things kitsch in 80's pop rock music and I mean all things.

A couple of months later I suddenly felt the need to play the album again after one of their tracks suddenly launched a spirited and viscous ear-worm attack.. Six months later many of the other tracks had proceeded to pursue me in the same manner and the album had remarkably become an essential companion on my two hours of daily commutes. 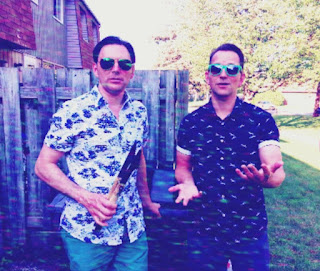 Although the superb tracks such as Second Hand Shops and the brilliantly executed guitar riffs of Slow Down (see below) does make this album more immediately accessible, it still has that The Feeling sensibility in that the album gradually washed over me to become an essential listen and now I really cannot imagine not being able to listen to it without regularity.

This grower essence initially derives from the jangle-pop version that the Canadian brothers Doddridge engulf their sound with which is essentially almost free of the over usage of dreaded production techniques like reverb (just go away 'janglegaze' and leave us all alone) and vocals recorded in a cave. This allows the music to breathe and the 1990's Edwyn Collins, Girl Like You era vocal croon to be perfectly accentuated.

However that is the last reference to anything post 1980's as just like The Feeling, the style of jangle-pop utilized by Skytone usurps all things Byrdsian and 12 string in favour of securing their jangle-pop inflections around all things that are the 1980's, such as C86 (see Second Hand Shops below), new wave and sophisti-pop. It really should not work but you will not be able to prevent it from doing so after repeated listens.

Although overall I love the album, I cannot avoid the sensibility that the album is just a tad too long with the last two tracks seemingly forgetting the brilliant jangle-pop that the album had previously nailed its colours to in favour of just Wet Wet Wet  type love croons. However I accept, that this observation is somewhat churlish considering the exemplary jangle-pop that constitutes the remainder of the album.

In essence Wally Salem at The Beautiful Music label (who backed the physical formats for this and several other Skytone releases) have managed to find another brilliant jangle-pop outfit in the same sort of melodic mold as their label mates The Yellow Melodies and Armstrong.

You might need a bit of patience...but it is all incredibly worth it. 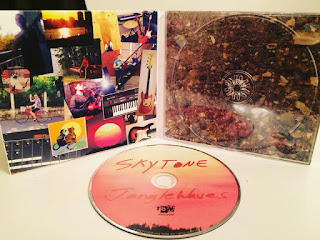 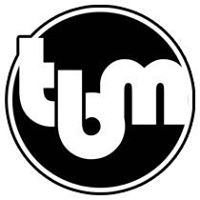 Posted by janglepophub at 08:47