Where Are The Strange People by KiDD (2017) (Label: Pretty Olivia Records)

An unexpected bonus of writing this blog is to share a little bit of cyber space with a few of my heroes who follow me on social media. 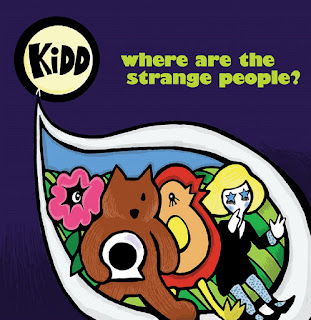 One of these kind souls is Stuart Kidd who has performance credits with bands such as BMX Bandits (current band), Primary 5, Dr Cosmos Tape Labs and Daniel Wylie's Cosmic Rough Riders and more recently a critically acclaimed project with The Wellgreen. In effect Mr Kidd has been a purveyor of fine, around the fringes jangle-pop for nearly 15 years and any release promises pedigree.

He did not disappoint. Initially there is a lo-fi/bedroom pop chic (juxtaposed with the most subtle inflections of psych) aesthetic that defies the normal wallowing introspection that often accompanies such genres. However Kidd is not using this album in true lo-fi style to express just how intensely bad his life is or how evil his parents were for once refusing to let him have a rabbit and this in itself starts the album with a notable and refreshingly different nuance.


Indeed this album has a far more chipper and atypical essence that expresses the wonder in the things that should be seen as wonderful but often are not (as seen in the beautifully muted jangle-pop of tracks such as Baby Bird (see above) and the amazing Callisto, or just in the 3 minute, melody and chorus Martin Newell type tracks that celebrate the minutiae of life and everyday existence. These are best seen in tracks such as Misty's Golden Years (see below) and An Afternoon In April. 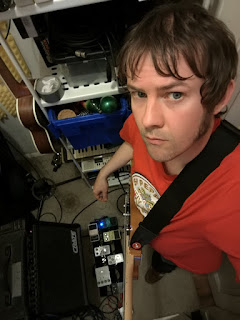 Whereas many other lo-fi/bedroom pop albums rely on insistent displays of vocal quirk to create the sort of 'musical cool' that twenty somethings feverishly dispatch to Tumblr, all things Adam Green are completely avoided as the album has its foundation in the sheer quality of Kidd's voice (it has a very definitive Teenage Fanclub pitch and tone to it) which is juxtaposed against never distant melodies and the usage of all manner of bleeps, bloops, loops which are cleverly crafted for maximum effect and assists in formulating the alluring playfulness of the album.

Overall this is a fantastic album. Perhaps not one that you will listen to and love from the first listen as it takes time to fully assimilate the numerous nuances of sound. However if like me you just wish lo-fi does have to have you reaching for your choice of alcoholic mood enhancer then this album should keep you away from the bottle ! 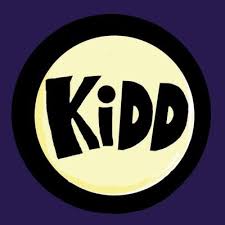 Posted by janglepophub at 18:22