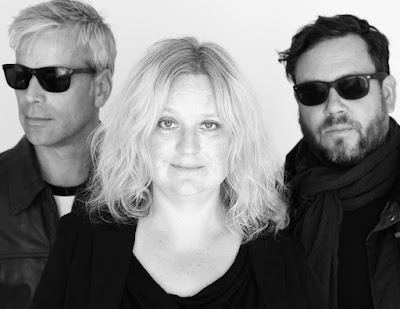 Despite a 16 year hiatus since their debut release  (2001's critically acclaimed At 4000 Meters) Everest shows that the passage of time has not diminished a style that flutters effortlessly between the polar opposites of 60's Byrdsian jangle-pop and mid 90's Britpop.

In my opinion their are two areas where this album/band excels. Initially the jangle inflected tracks of Five Times A Day, Don't Need Don't Care and According to You (see below) are beautiful examples of Linda Karlsberg's providing the melodic impetus that enables the fluttered drums of Marcus Seversgard and the unobtrusive melodic guitar work of Richard Ohrn to weld together in tracks that show the modern need to add reverb and echo to anything potentially pretty is massively overrated.

The other area of excellence again revolves around Karlberg's vocals. Despite being of Swedish descent she has somehow managed to perfect that slightly deadpan, laconic, Thames estuary vocal drift that so many of the female fronted mid 90's Britpop bands utilized so well and that ultimately became something of a subsidiary signature genre sound beyond the nasalaties of all things Oasis and Blur.

It was infuriating for me trying to decide what the nearest Britpop reference point to her vocals were.  I flirted with Sarah Blackwood of Dubstar (perhaps in the more jangle inspired tracks her melodic control would be the closest), Marjtine Van Der Vlugt (Salad and latterly with Terry Hall in his solo career) and a deeper Sonya Madan (Elastica).

Eventually the brilliantly cool distant vocals of tracks such as Heart Attack and especially Never Really Noticed (see below) made me realize that she is a particularly melodic vocal doppelganger for Justine Frischmann of Elastica.

For anyone who loves an album that does not hover around the same sound constantly, prefers the more traditional style of jangle-pop being given the opportunity to breathe without a million different modern day production techniques slapped all over it and who just might want a trip down a particularly authentic Britpop memory lane, then this album is screaming to part you with the last remnants of your post Xmas cash !!! 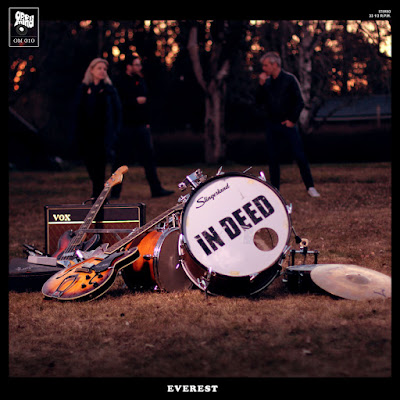 Posted by janglepophub at 05:19