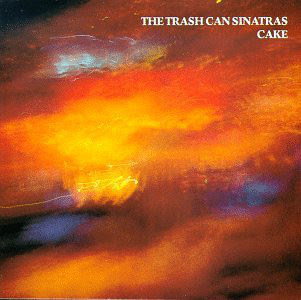 'Stuff' is unavoidable. Fair enough you can enjoy stuff, but most of the time the very essence of stuff is that it tends to get in the way. For 'stuff' is the term in life for 'those' events that, from a retrospective perspective, have prevented you from doing or achieving the things in life you should have done. Ultimately 'stuff' differs form mere 'excuses' due to the authenticity of the effect it has on the course of your life.

The Trashcan Sinatras certainly had their fair share of stuff. Initially they were not as cherished as they should have been when they released Cake, their debut album, as their beautiful melodies and wistful vocals were drowned out by the early 1990's grunge movement led by the likes of  angry chaps such as Nirvana and Mudhoney, whose insistence upon being 'entertained' and informing the world that 'sickness' was n fact 'walking down the street', seemed to plant the flag in the early 90's floor for angry rather than pretty. 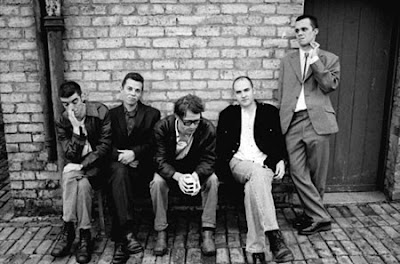 It was just not the time for the sheer beauty of their Aztec Camera / The Housemartins crossover style. As such the wonderful tracks from this album such as Thrupenny Tears, Even The Odd, Funny and the genuine stand out of the album, Only Tongue Can Tell (see below) were swallowed up by grunge in much the same way as a similar band like the Pale Fountains were swallowed up by all things Post Punk and huge shoulders/hair in the early 1980's.

Only Tongue Can Tell

Unfortunately 'stuff' did not end their for the Trashcan's as Grunge was replaced a couple of years later by the strange formulation of a need to go and watch scruffy square haired Mancunians in a field in Hertfordshire, sing through their noses about 'special walls' and their penchant for Cigarettes and Alcohol. Britpop and the lad culture had engulfed the UK and once more anything beautiful like the Trashcans became about as welcome as a slug in your burger.

As such The Trashcans ended up following in the footsteps of fellow Scots and fellow pretty band, the BMX Bandits by becoming massive in Japan. There the culture not only lets them celebrate all that is pretty but also seems to reject the pretense of all things recently 'en vogue' and massive coming from the West. Similarly, despite the fact that none of the three singles from this album broke the top 60 in the UK, America's lusty anglophiles embraced them more wholeheartedly with both Only Tongue can Tell and the brilliant Obscurity Knocks (see below) from the album, flirting with the top 10.

Possibly due to the fact there has been no real discernible dominant scene since the likes of Alex Kapranos / Franz Ferdinand led a guitar twanging retro indie rock crusade to force every second band to want to be either the Fire Engines or Josef K over decade ago and possibly due to their sheer longuevity, The Trashcans are now finally becoming something of a national treasure.