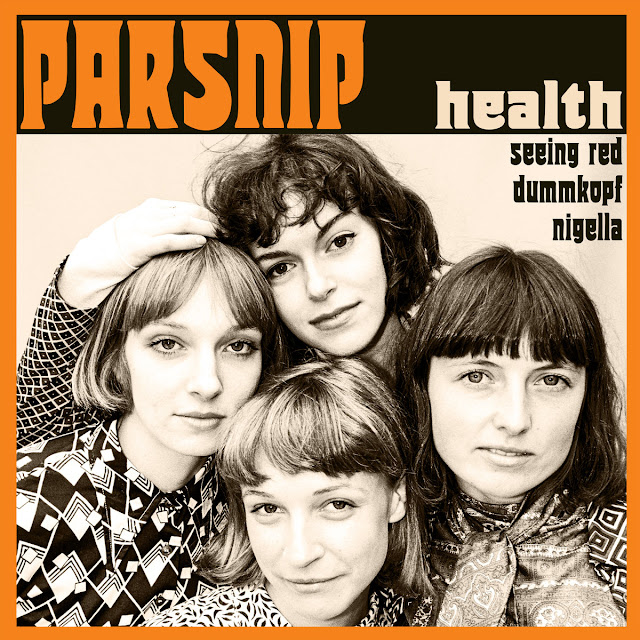 A few weeks ago I was having a cyber debate with some cyber friends, who share similar tastes in music. We consisted of one British guy (me), three Americans, a Scottish  fella (apparently he is not British?) and a Dutch lady. The debate centred around a hypothetical 'desert island' premise, asking if you were marooned and could only have the music of one continent with you, which one would you choose?
The Americans all said America. The Scot said Europe and quickly clarified with what can only be described as 'immense energy' that this was because of the sheer unfettered brilliance of certain 1980-1990's Scottish bands, whilst the Dutch lady chose Europe with far less swearing. My choice was Australasia. This was met by an initial silence and 'why' type questions from all except my fellow kindred spirit (the Dutch lady), who immediately started reeling off Flying Nun, Triple J, Dunedin Sound and various new Australian psyche bands.

This Parsnip EP is a prime example of exactly why, in this case, my tendency towards stringent arrogance when defending or presenting a position is superseded by actual fact. For the Aussies and Kiwi's have a way of taking the basis of other en vogue musical movements, stripping them down with precision of a morally bereft car dealer and making them their own, with the minimum of fanfare and pretension being exercised. They may not always be the initial innovators, but they certainly innovate when given a foundation that impresses with. 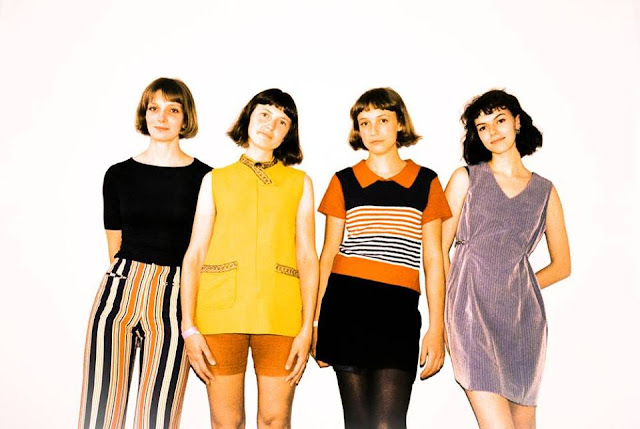 This is seen in two ways in this brief, but nonetheless excellent EP. Initially, the first two tracks, the brilliant opener Health (see below) and Nigella immerse themselves in the feel of the early to mid 1980's indie-pop aesthetic, with the sound of Demonstration Tapes era British band Dolly Mixture being the obvious and revered reference point. Of course, as is always the case with our Antipodean friends they add their own mutated psyche flourishes and a delightful ramshackle substance to both the lyrics, production and a half shouted The Go-Team style vocal delivery. This all culminates in a  sound unique enough to pass the most stringent originality tests.

The other two tracks of the EP fall more squarely into the psych-pop/rock category that fellow Australian bands such as The Babe Rainbow, King Gizzard and the Lizard Wizard and the Psychedelic Porn Crumpets (these are just my favourites, it really is a burgeoning psych-rock scene in Australia at present) are refining from their American counterparts at the moment. Seeing Red (see a superb live version below) is the best of these with its superb psyche jangle rock only missing some 1960's Austin Powers types dancing around in front of them whilst doing weird motions with flowers, to become the defining moment of the new Australian psyche era.

Geelong base ANTI FADE Records have developed a very strong roster over the the last two years and this EP shows that Parsnip have the potential to become their flagship band. 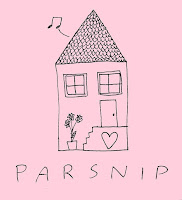 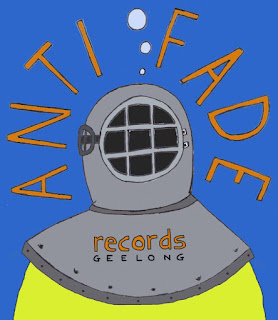 Posted by janglepophub at 08:49