Album Review: Before There Were Pictures by Pale Lights (2014) (Label: Calico Cat) 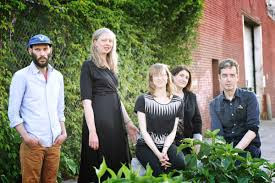 Although I fight the accolade, I am nothing if not obtuse. Not for me the easy route of trying to expand my readership (I am just too obtuse to care) by reviewing the latest Pale Lights release from a few days back...oh no not me. I decide that now is the time to review the last album from 3 years back !!!

I am also obtuse inasmuch that despite a tendency to ignore the irony of constantly using lazy phrasing such as angular, chiming, jangly before the word 'guitars' when I cannot think of a more appropriate explanation, I still have no compunction in hating the very ground someone walks upon if they commit the 'crime' of explaining a band/album as 'criminally under-rated'.


I am not saying the Pale Lights are under-rated and even if they were, IT WOULD NOT BE AN ACTUAL CRIME, but the fact that the vocal talents of Phil Sutton went unused in his previous bands such as Soft City, Cinema Red and Blue, Kicker and most notably Comet Gain is more than merely a shame.

This album, released on Wilson's own Calico Cat label, corrects this misnomer and see Sutton take the reigns of front man for the first time in his long career and he does so with absolute aplomb. His vocal delivery is wonderful, utilizing a smooth almost overripe British posh kid croon (best seen in 'Steps to the Ruins below) that seem to ooze class and shape meaning out of every syllable and vowel.

The lazy among us will draw comparisons to his fellow Brit Lloyd Cole and as much as I would like to be obtuse, they would be correct. However, dare I say that Sutton's delivery is better and certainly without the obvious imperfections of Cole's vocals, which sometimes sound as if he is struggling to dislodge a pickled egg from his throat when the notes go significantly below mid-range. Wilson handles all ranges with his warm 'cool' infused croon.

Perhaps this is being a 'bit harsh' on Cole and it is just that the Sutton vocals are just better showcased in a casement of beautiful jangling guitars, with Felt being the obvious influence. These are best seen in the track Port Of Shadows (below) and are buffed up to a decadent sheen by the production work of Gary Olson (Ladybug Transistor).

Overall this is an absolutely fantastic album which I have been listening to a lot lately in preparation for reviewing last weeks release of the follow up The Stars Seem Brighter album that I have on order...the perverse, obtuse side of me, kind of wants it to be of a lesser standard than the debut just so that I have something more interesting than gushing praise to pen in the review...I will probably be wrong and in three years time I will be gushing again. 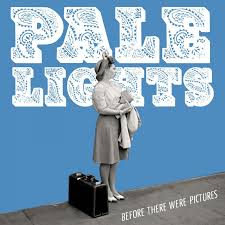