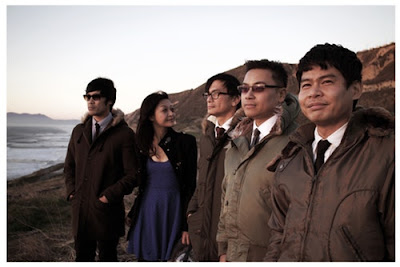 San Francisco band Starry Eyed Cadet frustrate me. Do not misunderstand me, this is certainly not a criticism of the band (I have just paid for their entire discography) but I find their previous releases (2016 album Places We Do Not Belong and the 2015 self-titled EP) fritter between the most beautiful indie/jangle pop possible and then the whole 'lets sing through a sock/echo machine/time machine/fuzz maker'  route to be all 90's shoegaze. This I can stomach in very short doses.

The band has about 15 song-writers and an equal amount of vocalists (a slight exaggeration, but you forgive my poetic licence) which is probably the reason why they never really place their hat on one peg. Frequent mid album genre changes maybe seen as originality by some but in reality it is a 'massive shame' as they really can do the beautiful jangle-pop well, led superbly by Ron Songco's guitars/lyricism and the crystal clear female vocals that have an alluring smooth falsetto quality to them.


This EP settles the above problem of stylistic consistency, with all three tracks being of the jangle variety, with the acoustic version of the previously released Sugar (below) being the stand out. Consistency may have been attained because the release was cobbled together more quickly than usual to help the North California Wildfire Fund (all proceeds go to it so please give generously people!!!) and there was not enough time for a 'too many cooks' scenario.

Either way, the reduction of the cooks certainly does not hinder the execution of the recipe here...as this is a genuinely lovely sub 15 minutes of prettiness...which is the minimum prize you get on all of their releases. 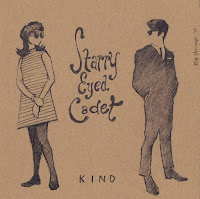