What I know about Garrett Buster is exactly very little?

I know he comes from Columbia, Missouri in the US. I know he looks a bit like a lad called Gavin that I used to play football with back in the UK and that he either shares a peculiar name with a regionally famous 19th century slave from North Carolina, or that he has decided to use the aforesaid fella's name as his stage name.

Beyond that I cannot seem to get any information about this artist from the internet other than his Bandcamp page states that he previously released an EP called Modern Resolve in September 2015 and he released this debut album on 07 June 2017.
He is literally a 'man of mystery', either content to let his music do his talking or simply believing that that no-one really wants to listen? Even his twitter account (@garrett_buster), usually a place where people entice us mere mortals into believing that they live the most exciting life in the world went un-tweeted upon since 2014 and then, suddenly, one post stating that this album is 'out on spotify'...no fanfare, no artwork, no link to Spotify even...nothing.

If his promotional work for the album is 'unassuming' then it is symbolic of the majority of this album as the artist laconically lends his strangely imperfect, but ultimately endearing, concoction of Evan Dando / Billy Bragg indie folk vocals to the mix which are all layered within some beautifully textured usage of chiming/jangly/strummed guitars.

The album is carried by the mid album three track salvo of Winter Coat, So Long (Found here) and Primary Colours, which are all stripped back beautiful examples of the indie folk / jangle crossover that is such glorious Mac DeMarco Sunday morning coffee fodder.


However, the true highlight of the album is somewhat atypical chiming indie rock classic seen in the opening track, which is playfully called Untitled Anthem. The starts life in his usual mellow manner but grows in intensity until 8000 stadium dwellers should be flicking their lighters on in the dark to celebrate the sheer brilliance of their favourite artist.

This is never likely to happen though without any promotion,so perhaps this review will send just a few people his way...he deserves it and is definitely one to look out for. 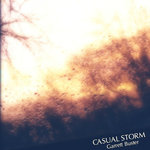 Posted by janglepophub at 13:39