The Treasures of Mexico are the latest band arising from the embers of The Dentists that have been glowing in various guises  since their late 90's demise(Coax, Words Beginning with X, The Claim, Fortress Madonna etc). In this incarnation founder members, Mark Matthews and Bob Collins, re-acquaint artistically to bring some of the most concentrated modern jangle-pop for many years.

However fans of The Dentists may well be disappointed if they are hoping that the sound produced by previous personnel has remained constant, as this album is altogether different, as you would expect after a 20 year hiatus.


Initially the chunky booming bass, slight echo laden vocals and spiky guitar work that was so typical of the Post-Punk and Medway Scene's that The Dentists excelled in, has now been replaced with a much more modern slant on jangle pop. The sharp melodies are still there but they are now free from all things 80's and are concentrated upon the brilliant musicianship of the jangling guitar work rather than any era specific sound.

Let's Start at the Beginning

As such the beautiful early album 4 track salvo of Stars, Moment of Clarity , Let's Start at the Beginning (see above) and the inimitable brilliance of Can't Do It Alone (see below) show the benefits of allowing a band to create without having any reference to a pre-ordained template. Such tracks are matched for quality later in the album by the Go-Betweens-esque Take Back What is Mine and the 60's folk pop inspired track The Trick, as the band empahsise the fact that their particular jangle-pony has far more than just one trick.


Can't Do It Alone

There are moments in the album that are throw away for me ensuring perfection is narrowly avoided. The more aggressive power-pop inflected opening duo of tracks, Dependence Day and the title track are joined stylistically by the atypical mid-album We Don't Have any Time For This, which kicks us abruptly out of our head bobbing rhythms.

However in a 13 track album, these moments are infinitely forgettable and instantly forgiven due to the sheer quality and quantity of the general offering. 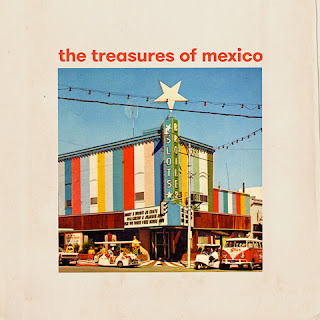 Posted by janglepophub at 14:46